Congratulations to Jeff Bagwell, Tim Raines, and Ivan Rodriguez on their election into the Baseball Hall of Fame.

Here are a few cards of each to celebrate this accomplishment.

I pulled this 1991 Studio Jeff Bagwell RC from a pack back in 1991. I must have gotten the pack from a card shop, but I remember taking it with me to a Phoenix Roadrunners (minor league hockey) game that night to show some friends. Bagwell was a top rookie at the time and this was one of the best cards you could pull. 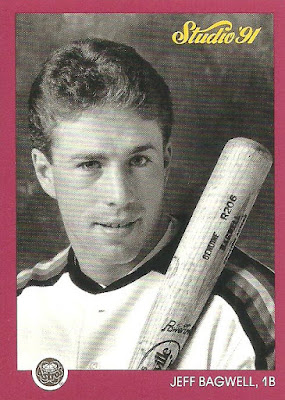 This 1991 Stadium Club is also a RC, but I didn't add it to my collection until just a couple of years ago courtesy of a dime box at my local card shop. I remember when I first saw the card I thought his arm was resting on a diving board. 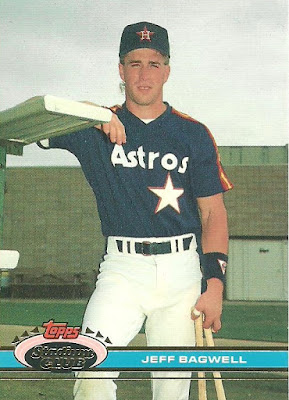 It took Tim Raines 10 years to get it in, but it finally happened. Raines started his playing career before I started collecting and so out of the three (Bagwell, Raines, and Rodriguez) I have the fewest cards of Raines. Raines played for several different teams late in his career, but when I think of Raines I think of the Expos. 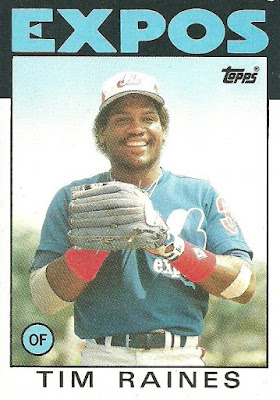 Tim is also one of just a few players that actually got their nickname featured on their actual cards. For a brief period (1989 - 1992) Topps replaced Tim, with his Rock nickname on his card fronts. 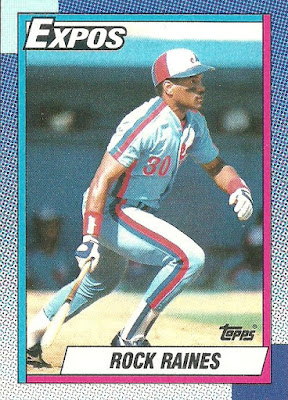 Ivan Rodriguez was the catcher of American League in the 1990's. He was an All-Star every year 1992-2001 and won a Gold Glove every year during that same span. 1999 was his best season and as a result he won the American League MVP award that season. 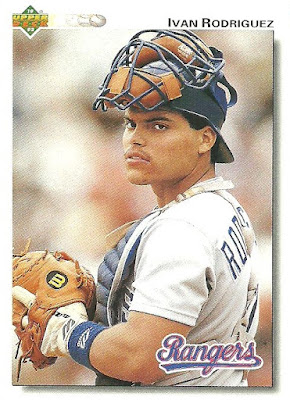 When I think of Ivan Rodriguez, I think of Pudge. His nickname never made the leap to replace his first name on a card, as far as I know, but it did make it into quotes on this Upper Deck Play Ball card. 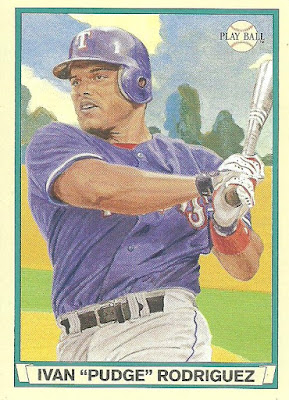 So there you have it. The three players that were elected into the National Baseball Hall of Fame for 2017. I plan on doing some additional posts this month showing off more cards of each as well as taking a look into those players that barely missed (Trevor Hoffman), those that gained or lost momentum, and those who dropped off the ballot.

Let me know your thoughts on today's Hall of Fame announcement.
Posted by Daniel Wilson at 7:05 PM