You may have seen Julie's recent post on her blog, A Cracked Bat: Baseball Cards and a Hot Dog, where she returned to the blogosphere after a break and announced that she was sending out some packages. The next day, I got a package in the mail from Julie with some amazing D-Backs cards! Thanks Julie!

First up are a couple of 2016 Stadium Club Iso Metrics cards of A.J. Pollock and Zack Greinke. 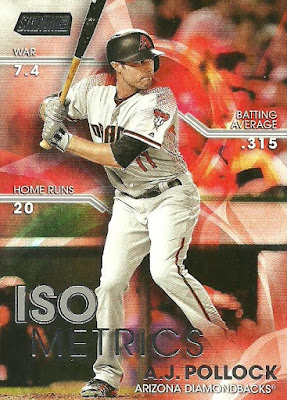 I know there are a lot of haters out there in regards to the D-Backs 2016 jerseys, but I actually like most of them, including both of them featured on these cards. 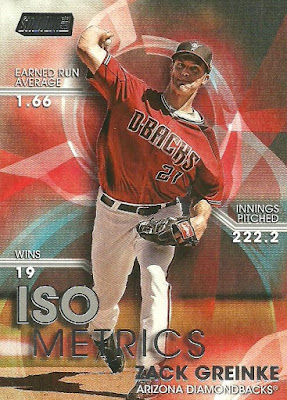 Lets keep with Pollock and Greinke with these blue framed Gypsy Queen cards of the pair. 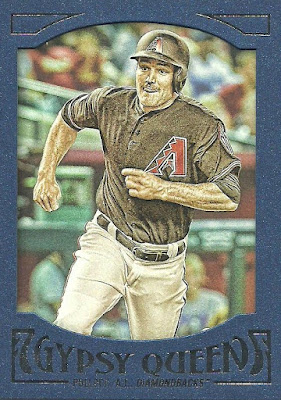 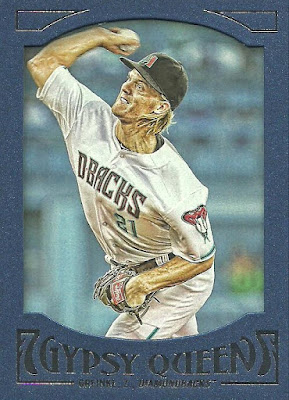 Here's another Pollock, but this time the teammate is none other than Paul Goldschmidt. This time they are from 2016 Museum Collection. 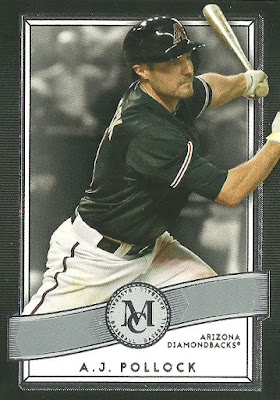 I'm guessing that at least one of these is a parallel since they are different colors, but honestly I'm not sure because I didn't open any Museum Collection. This Goldschmidt is new to my collection and is number 226 in my collection. 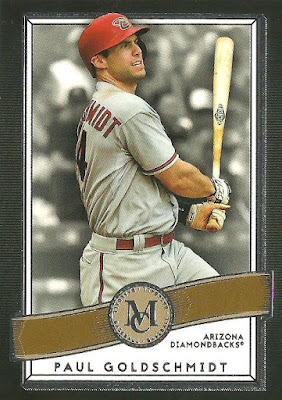 This wasn't the only Goldschmidt that Julie sent. Here is a Gypsy Queen mini numbered to 250. I happened to get this same card earlier in the week as part of an ebay purchase. I opened the package with my boys and when I mentioned this, I got two requests for the card, along with why they deserve it over their brother, so it will get a good home. 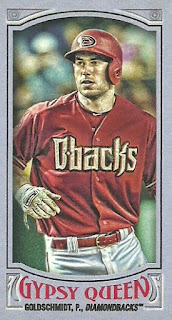 Check out this 2016 Topps Marketside card of Goldschmidt. This is awesome because I am going after this set, so the Goldy I have is with the set, so this one can go in my Goldschmidt collection and become card number 227 in my Goldy PC. 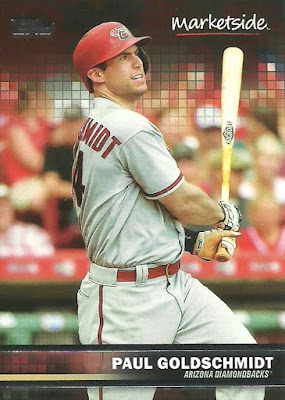 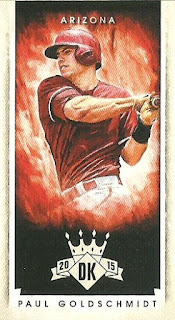 Up next are the two D-Backs representatives from the 2016 Topps National Baseball Card Day set. I had picked these both up just recently, so these will find a good home with my boys. 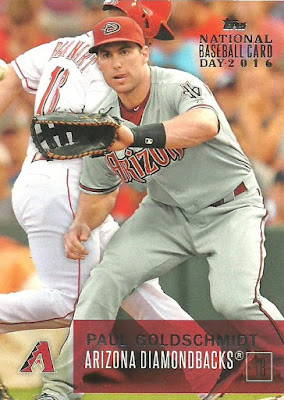 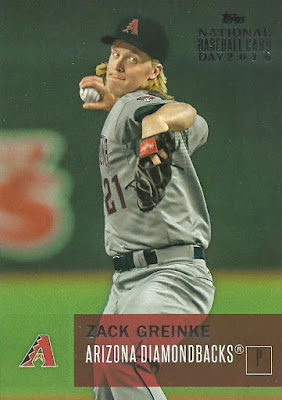 I'm not going to show off everything else that Julie sent, but here is a sampling of the greatness. So many great cards! Thank you so much Julie! 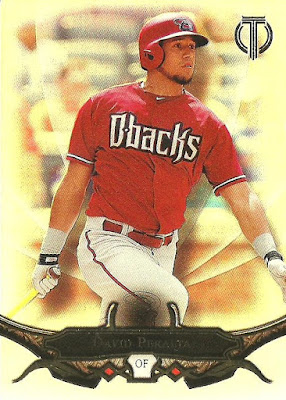 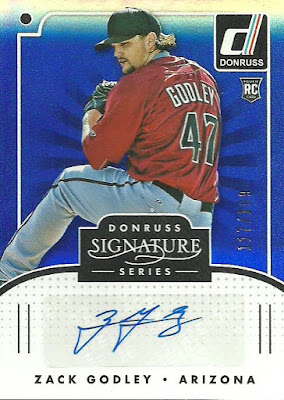 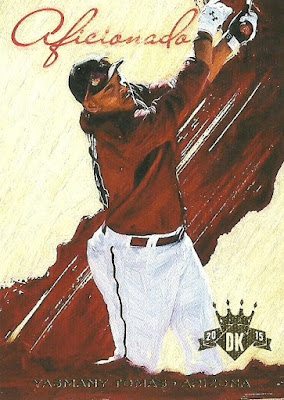 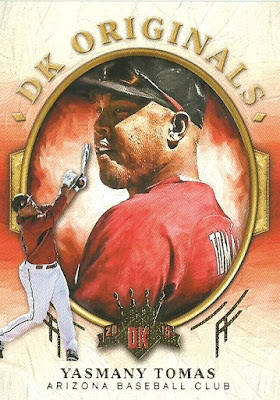 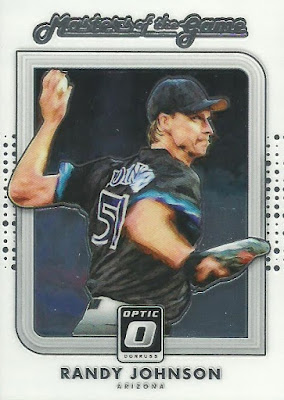 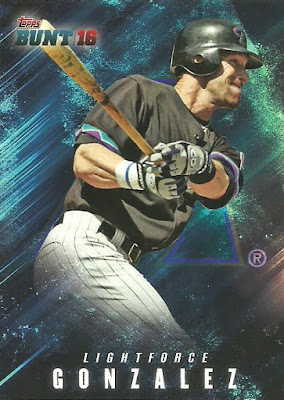 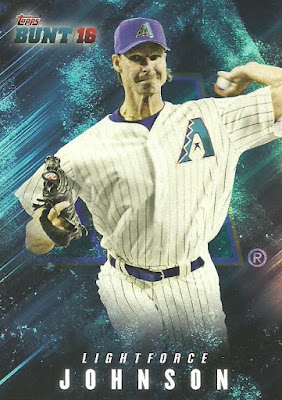 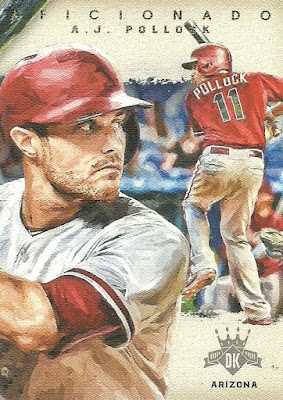 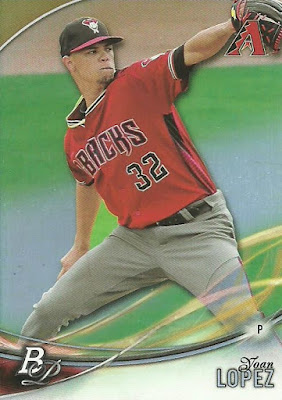 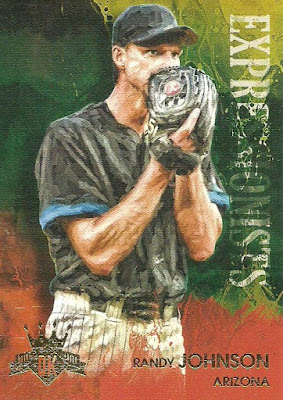 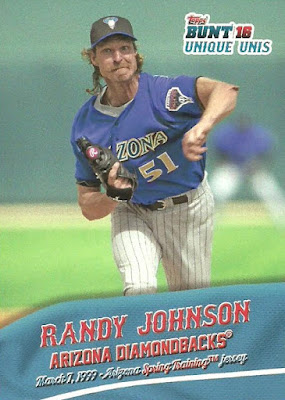 There were more singles as well, but Julie also included a 2006 Fleer Tradition D-Backs team set and a 2015 Topps mini near team set. Both awesome!
Posted by Daniel Wilson at 7:16 PM