In 2015 I introduced the Rocky movie franchise to my three boys courtesy of Netflix. Shortly thereafter, 2015 Allen & Ginter was released and featured 5 cards from characters in the various Rocky movies.

I'm pretty sure I pulled the Drago card from a pack, but I just decided to purchase all 5 cards in my most recent COMC order.

I'm a big fan of the Rocky franchise and even liked Rocky Balboa. Creed was a fantastic movie in my opinion. 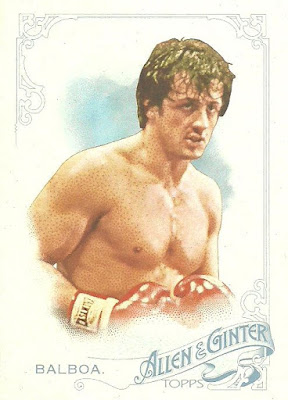 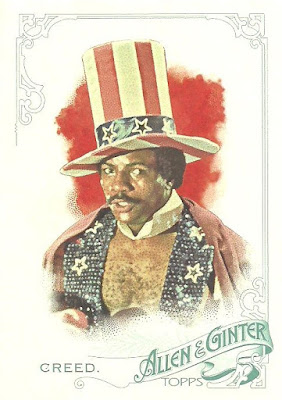 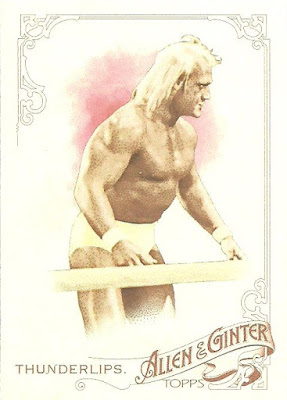 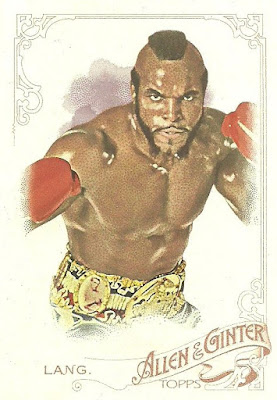 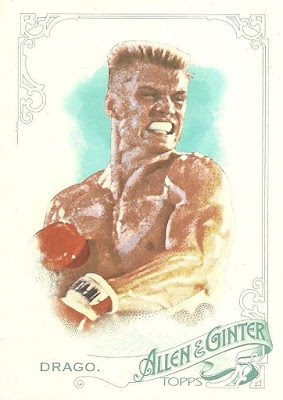 I like the selection they used. Anyone else you would have added if you were in charge? Maybe Tommy Gunn. I know Rocky V wasn't great but every other original Rocky movie was represented. Let me know what you think.

Posted by Daniel Wilson at 5:11 PM