I've always loved Dime Boxes. I mean, what's not to love? I've been fortunate to have some time recently to pursue a series of dime boxes at a couple of different card shops. The result is a nice healthy stack of cards and I'm sure I'll add to it along the way whenever I visit a card shop or card show. So I'm going to show off my dime box purchases, 10 at a time with some commentary as to why I made the purchase.

Sports Illustrated ranked Bull Durham as the greatest sports movie ever made. Topps put out a seven card Bull Durham set as part of 2016 Archives. The cards were based on the 1988 Topps set design since this was the year that they movie was released.

I found these two Bull Durham cards in a dime box and was happy to add them to my collection. I already had the Ron Shelton card, so I need 4 more for the set. 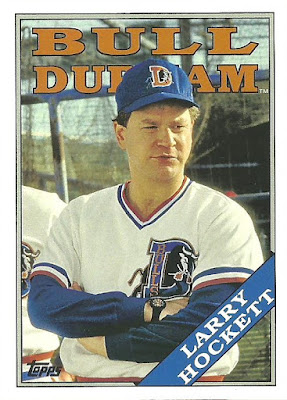 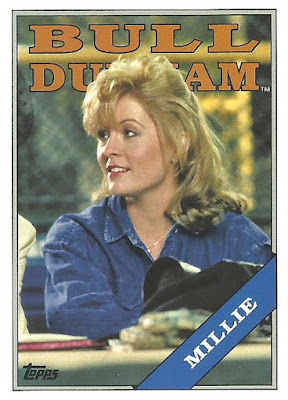 Topps also released a 9 card Bull Durham autographed set, which includes autographs of the seven in the base insert set as well as signed cards from the movies biggest stars, Kevin Costner and Susan Sarandon.

I'm a little puzzled why the two biggest characters and stars in the movie weren't included in the base insert set, but it's not the first time that Topps has done something that has left me scratching my head.

I doubt I'll ever find one of the autographed versions in a dime box, but you never know what you might find in dime boxes.

Next up are two cards from Topps National Baseball Card Day 2016 set. The dime box was filled with cards from this 50 card set. I'm thinking about going back and seeing how close I could get to the set. The final card in the 50 card set is a Kris Bryant card that wasn't available in the free packs handed out at certain card shops on August 13, 2016, but was only available if a purchase of $10 or more was made. 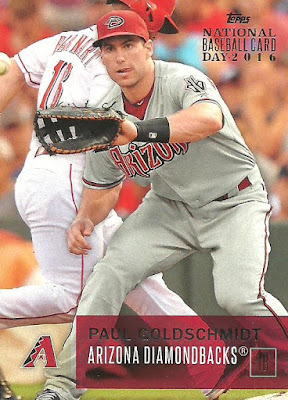 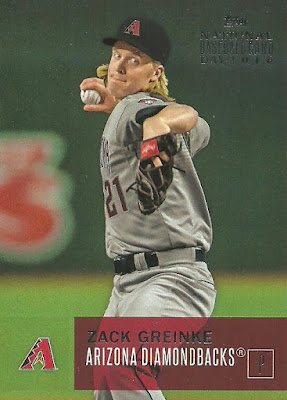 Here's a 2015 Topps RC of switch-pitcher Pat Venditte. I just thought it was a nice photo and like that you get a small glimpse at the unique glove that allows him to switch it from one hand to another. 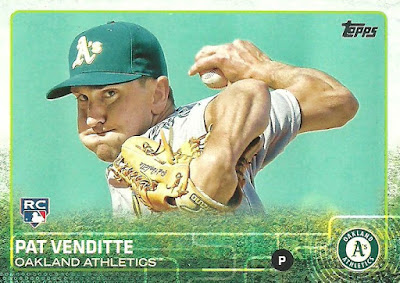 This 2015 Allen & Ginter card of Brian Quinn is one of four A & G cards that feature members of the Impractical Jokers TV show. I haven't watched the show in a year or two because we haven't had cable, but I did enjoy it and so when I saw this card I picked it up. Now I need to get the other three. 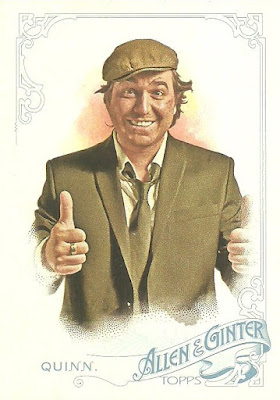 These 2015 Spring Fever cards are part of another Topps 50 card promotional set handed out in 5 card packs by card shops as a reward for purchasing packs of 2015 Topps Series I.  I don't buy many packs or boxes, so these are the first Spring Fever cards in my collection. I picked these four because they feature Indians and Reds players whose Spring Training location of Goodyear, AZ is listed on the front of the cards. I live in Goodyear. 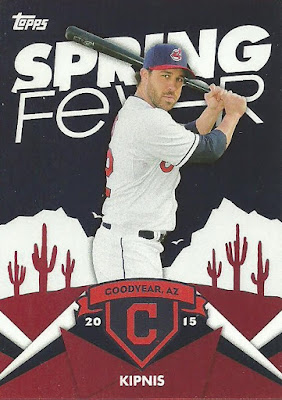 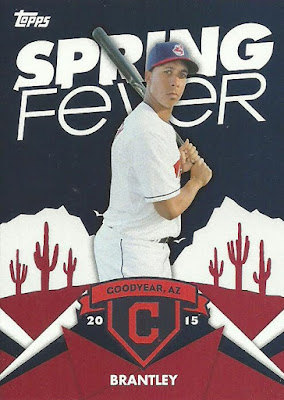 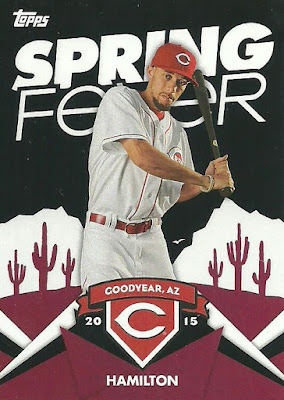 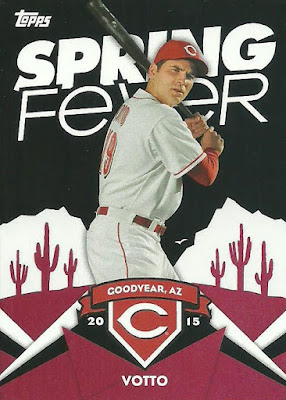 Posted by Daniel Wilson at 9:30 AM