I hate it when a simple 10 minute post turns into an hour or more. This seems to happen to me a lot.

One of my 2017 Collecting Goals is to add 10 cards to my Ryan Roberts collection.

I know what you're thinking. 10 cards, really...10 cards. Yes, 10 cards. You see Ryan Roberts doesn't have very many cards and I already have many of them.

This post is about the Ryan Roberts cards that I got in my most recent COMC order, but one of the cards I bought off COMC has a parallel that I bought on ebay around the same time, so I wanted to show that off as well. Problem is I can't find it at the moment. I looked for about 20 minutes though.

Then I wanted to get a Ryan Roberts checklist on the blog because Brian of Collecting Cutch asked if I had one and I've been wanting one for a while now, so I tried to get a checklist of beckett.com, but 30 minutes later I still had nothing. I'll keep trying.

For now, here are the Ryan Roberts cards from my COMC order.

Always funny when you have the parallels, but not the base cards. Here are two that I needed. 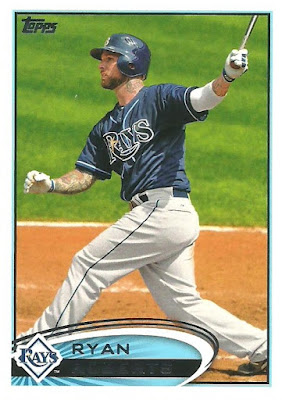 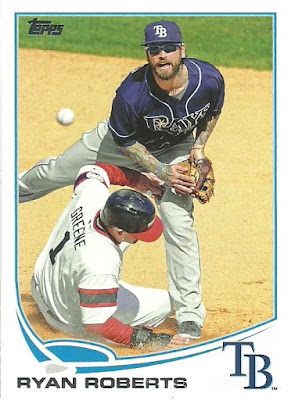 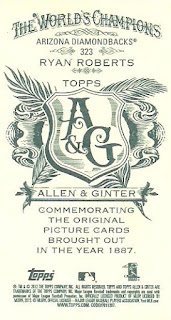 Let's finish it off with an autograph. This is the card that has the parallel that I picked up on ebay that I can't currently find. This is the base version. 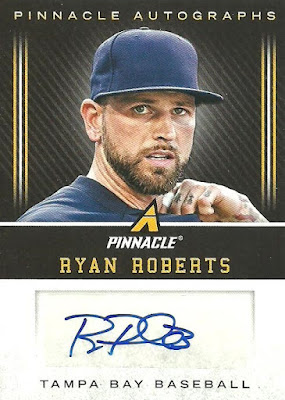 Hopefully sometime soon I'll get a comprehensive Ryan Roberts checklist posted on my blog. It will help me have a better idea of what I still need.

I found the Artist's Proof version. 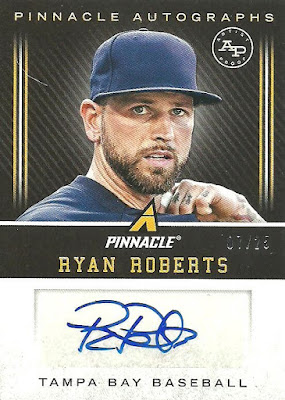 I didn't notice when I bought it, but now that it's in hand there is a scratch on it, but it's numbered out of 25 and I only paid $3.77 shipped, so I can't complain.
Posted by Daniel Wilson at 9:19 PM