Mike of the blog JD’s Wild Cardz was nice enough to offer some of his extra 2009 T206 and Updates & Highlights cards based to other bloggers based on their favorite team. I was lucky enough to snatch up the D-Backs and received a package from Mike a few days ago. Thanks Mike. I didn’t have any of the T206 cards or the Justin Upton Propaganda card. I have all the base Topps Updates & Highlights cards but they are a part of my set, so this is nice because I can put together a separate D-Backs team set. Thanks again Mike and I’ll see what I can find to return the favor! 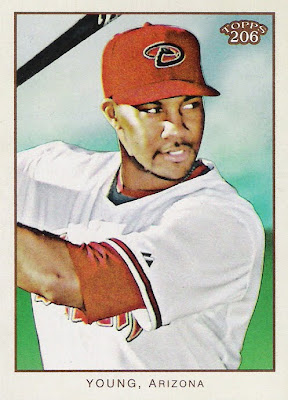 Josh Whitesell - Josh will not be with the D-Backs in 2010. He signed with the Washington Nationals. Good luck Josh! 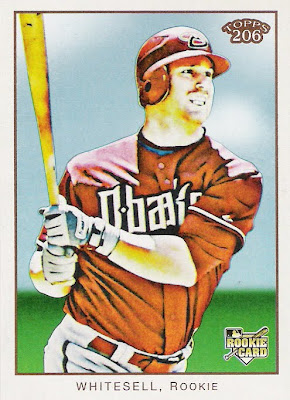 Jon Garland (base & bronze) - Did you know that Garland appeared as himself on an episode of the Bernie Mac Show? 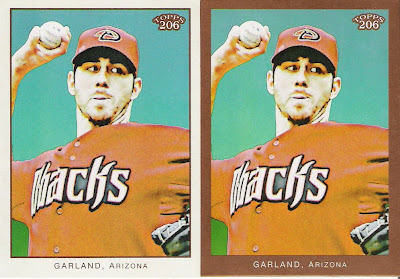 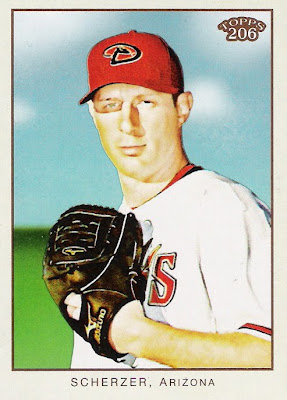 Justin Upton Propaganda - Not the best looking picture of Upton, but a fun insert set. 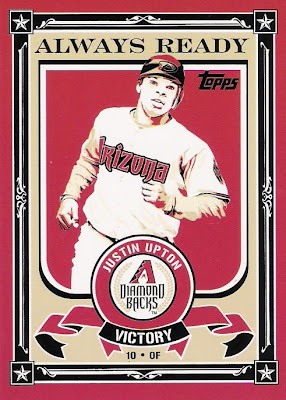 Posted by Daniel Wilson at 3:28 PM