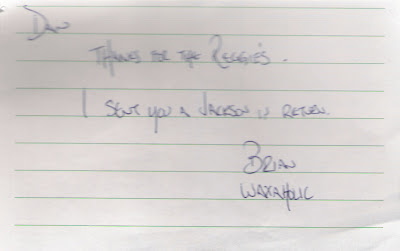 "Thanks for the Reggie's" Oh yeah, a while back I offered up a 3 card Upper Deck Reggie Jackson card set to anyone interested. The cards came with "Reggie Bar" candy bars sold in 1993 to commemorate Reggie Jackson getting elected into the Baseball Hall of Fame. Now what did he mean by "I sent you a Jackson in return." I started pulling stuff out of the package. 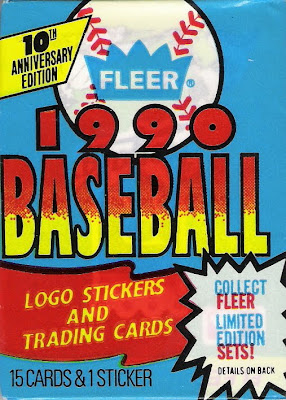 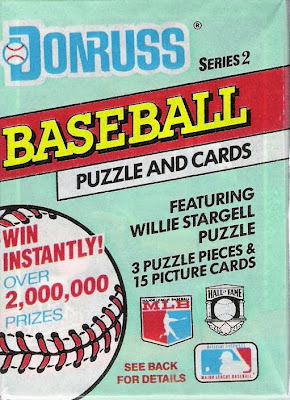 And then this, a 2008 SPx Winning Materials Conor Jackson dual jersey card. Wow! The scan does not do this card justice. I don't usually show cards to my wife but I had to show her this one and even she was impressed. When I went to scan it I noticed that it is numbered on the bottom right corner, 04/50! 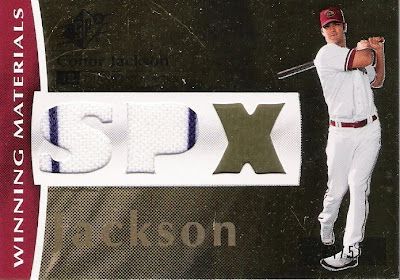 I opened the packs and pulled these... 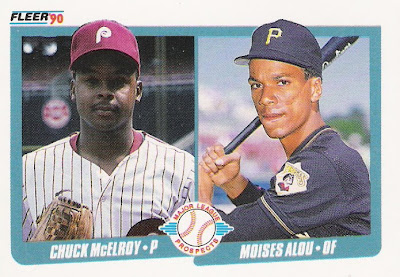 1991 Donruss Luis Gonzalez Rookie Card - Brian, you couldn't have picked a better pack to send me. 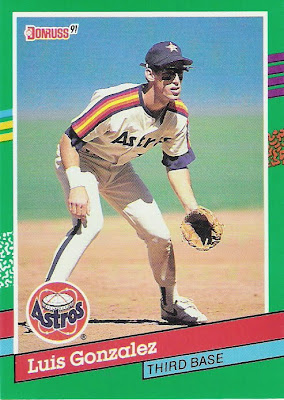 Thank you so much Brian for a great trade! The Conor Jackson is going into my Personal Collection and I love the Gonzo Rookie Card! Thanks!
Posted by Daniel Wilson at 4:06 PM