Paul of the blog Paul’s Random Stuff contacted me regarding a trade bait post of mine and asked if I would be interested in a Russ Ortiz jersey card. (The Ortiz Jersey card got scanned but apparently did not get saved, so alas, no picture) I'm collecting any and all D-Backs relics/autos so we arranged the trade. Paul informed me that he would also include a few other Diamondbacks in his package. I got the package from Paul a few days ago and was pleasantly surprised. In addition to the Ortiz jersey Paul sent roughly 40 other Diamondbacks cards all sorted out by player. I was able to add a few Brandon Webb’s to my Brandon Webb collection and received a great assortment of other D-Backs. Here are just a few. Thanks again Paul! 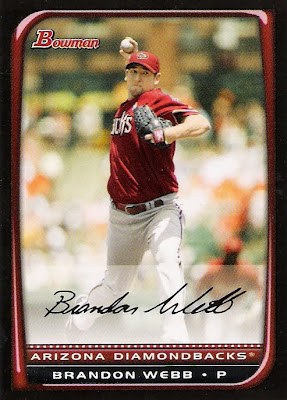 2009 Topps Base and Target Retro Brandon Webb - I know some people don't really like these retro cards, but I do. My favorite thing about them is the Topps logo. 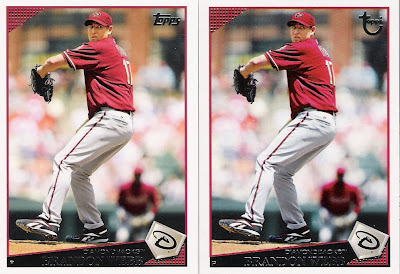 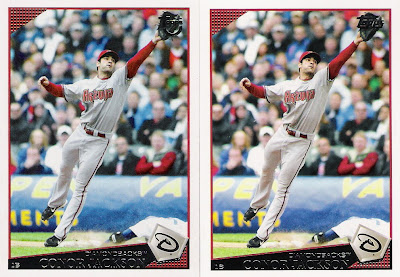 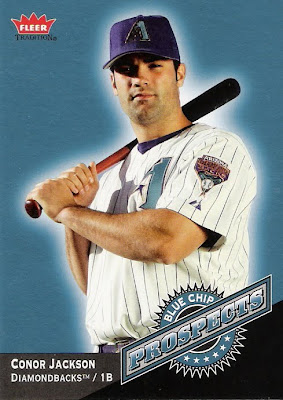 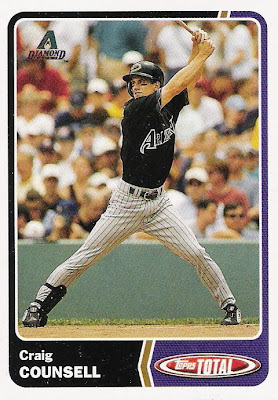 2004 Upper Deck Power Up - Luis Gonzalez - One of my favorite cards that Paul sent. Reminds me of a bobblehead. 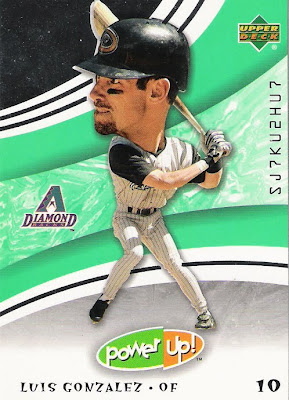 2008 Topps Randy Johnson - Paul sent me a nice stack of Randy Johnson cards. This is the only one showing him batting. At 6 ft 10 inches tall he must have had a huge strike zone. 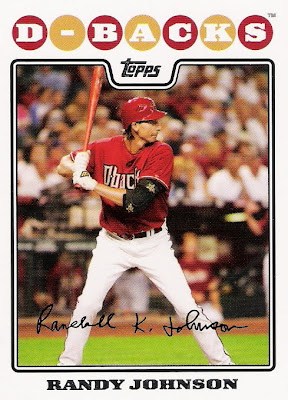 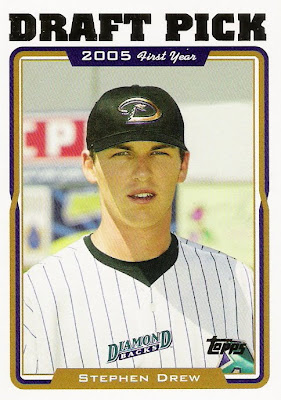 Posted by Daniel Wilson at 5:23 PM